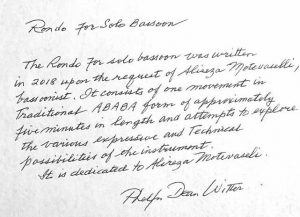 Phelps Dean Witter was born in Wisconsin Rapids, Wisconsin on October 4, 1932.  Shortly after,  his family moved to Los Angeles.  At an early age he began  piano studies with Ethel Leginska and composition with Halsey Stevens. His family later moved to San Francisco where he continued his piano studies with Egon Petri and composition with Alexander Tcherepnin and Darius Milhaud. At age sixteen, Mr. Witter was awarded First Prize in the San Francisco Chronicles’s Annual Talent Contest for his Suite in E-flat for piano.
When he was seventeen his family moved to France where he continued his musical studies at the Paris Conservatory, becoming the first American ever to receive a First Prize in the regular French section of the school. His teachers included Nadia Boulanger and Maurice Durufle in composition,  Leon Fleischer, Gary Graffman and Yves Nat in piano, and conducting under Werner Wangenheim in Salzburg.  Mr. Witter¹s works were performed frequently throughout France, and his Violin Sonatine was awarded a First Prize at L’Ecole de Fontainebleau, where it was first performed by Jean Pasquier and the composer. While still in France, Mr. Witter performed many concerts and gave a series of lectures on music for the Armed  Forces Radio.
Upon returning to the United States Mr. Witter settled in San Francisco, where he currently lives with his wife of 58 years, and children. His many  compositions include three symphonies and two sinfoniettas for orchestra, the first of which won First Prize in the Kensington Orchestra’s Composition Competition in 1982. and was subsequently performed by that orchestra. Other than his orchestral works Mr. Witter’s  catalogue includes extensive chamber music, many piano works and several song cycles. He is currently at work on his fourth symphony. 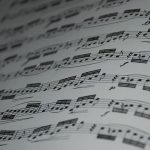 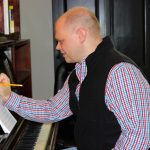